Things to Do in California: December Edition

‘Tis the season to take the family to enjoy the Christmas lights, catch a matinee of the Nutcracker, and get that picture with Santa at the mall (unless you have a kid that refuses to get within a foot of the mall Santa). If you’re looking for ways to keep the kids busy this holiday season, you will find plenty of options in California. Here are two of my favorite family-friendly events in California this month. They’re educational too, just don’t tell the kids.

Snow and Reindeer at the California Academy of Sciences from November 23 to January 2.

Kids love to listen for reindeer hooves on their roofs on Christmas Eve, so take them to the east garden of the Academy to meet the reindeer at the Reindeer Rendezvous special exhibit. Then step inside the igloo presentation dome to watch the five-minute video about the North Pole. There are plenty of daily science, animal, and cultural presentations to choose from, but if you go on Wednesdays, you’ll get to meet the scientists that explore the Earth’s coldest regions. Don’t forget to get a picture with Santa Claude, the Academy’s alligator character, and catch the indoor snow flurries.

These special holiday activities are all included with general admission tickets. Check the website for more information and schedules.

The Science of Gingerbread at the Discovery Science Center in Santa Ana from November 23 to January 3.

Kids know how darn cute (and yummy) houses can be, so take them to the Discovery Science Center this month, so they can see the entries of the gingerbread house competition displayed throughout the center. On weekends, kids get to check out the gingerbread decorating demonstrations, and try their hand at baking at the measure-and-mix learning station. There are also daily shows and presentations, such as the “Matter of Taste” show. If you want to  participate in a special gingerbread house workshop, check out their website for more information.

Linking up to Trekaroo Spotlight Thursday, where other bloggers are sharing their lists of favorite holiday events.

Posted in Events for the Cool Kids, NorCal, SoCal

Did you know that whales once walked on four legs? Don’t worry you’re not alone, I didn’t know either. My son did, and he was happy to tell me all about the walking whale, Ambulocetus, while we toured the new Extreme Mammals exhibit at the California Academy of Sciences in San Francisco.

Nothing impresses an eight-year-old more than the extreme, whether it be extreme cannon balls in the swimming pool or extreme mammals at the museum, so this exhibit was right up his alley. As we strolled the nine sections of the exhibit, my son tugged at my sleeve begging me to check out the “freaky” animals. He did stop and read the information behind each display, but seeing the fossils and animal models was the big draw. It’s one thing to learn about prehistoric animals at school, and a whole thing altogether to see them in person. His favorites were the glyptodont-an extinct relative of the armadillo as big as a car-and the live tree shrew in the Reproduction section.

I really liked that the prehistoric focus of this exhibit, since this is the one area I found a bit lacking in the new Academy of Sciences. Whenever there is an opportunity to take my son to see some of these fossil and taxidermy displays in person, I will hop at the chance. This exhibit is better suited for school-aged children, but even the younger bunch will enjoy getting a glimpse of the extreme mammals. We saw a few toddlers touring the exhibit, but at a much speedier pace. The timed entry made the exhibit easier to see, without hordes of people trying to push your kid while he checks out that three-horned deer relative. The lighting is a bit darker in this particular hall, so it may be a bit scary to sensitive toddlers.

This exhibit requires you get passes for timed entry. Get your passes on the second level once you enter the museum. They are handed out on a first come, first serve basis.

There will be a picture taken of your group in front of two wooly mammoths before you enter. Do tell the photographer you would like to have at least 50% of your group not come out with their eyes closed in the picture. I speak from personal experience.

There is no photography allowed inside the actual exhibit, though, so I wasn’t able to share any with you. But there are a few on the Academy website.

I found my second visit to the new Academy of Science to be much more enjoyable, mostly because the crowds have thinned out. I will have to revisit my previous tips post and will have a more detailed post about the Academy later this month. In the meantime, head down to the Academy of Sciences to check out the Extreme Mammals before they’re gone. The exhibit runs until September 12, 2010.

We received complimentary media passes for this visit to the Academy of Sciences, as always views and opinions shared here are all my own.

World Oceans Day is on June 8 and many aquariums and museums in California are holding special family events to celebrate and bring awareness about our oceans and how we can keep them healthy. I’ve compiled a list with links to some of the events taking place this week. If I’m missing any, just add them to the comments.

Monterey Bay Aquarium is holding it’s World Oceans Day event this weekend, June 5-6 and is free with admission. There will be a special family craft room and special feedings throughout the day.

Aquarium of the Bay is holding family events and scavenger hunts from Sunday, June 6 to Tuesday, June 8.

Even if you can’t make any of these events, you should consider a trip to the beach for a little impromptu clean-up and celebration of your own.

Linking up to Trekaroo’s Spotlight Thursday, head there for more family travel ideas.

Posted in Events for the Cool Kids, NorCal, SoCal

The weather outside may be blustery, but don’t let that stop you from planning for the sunnier days ahead. Believe it or not, it’s time to take out your trusty calendar and pick out some dates for that summer family camping trip. I already wrote about what happens when you don’t plan ahead and reserve your campsite. Let me recap: you lose.

I checked out the Reserve America website recently and found that some of the popular campgrounds were already filling up for spring and summer weekends. So head on over to Reserve America, to reserve your perfect s’more spot soon.

If you need any suggestions for campgrounds in California, check out my guide to some coastal campgrounds.

I’m hoping to keep adding more campgrounds to that guide.  So if you have any favorite campgrounds in the western states, let me know. I could always use a few good tips.

Tagged when to make camping reservations in California

Christmas in the Park

In our household, it isn’t Christmas without a trip to Christmas in the Park. This San Jose tradition celebrates its 30th anniversary this year and I hope it stays around for another thirty years. You hear that gingerbread people? Don’t go anywhere. Here are the reasons we love this holiday event.

1. The Christmas displays are the main event. The whole reason for going to Christmas in the Park is to check out all the retro displays. We love the Santa Claus train, Caribbean Christmas, and Gingerbread House displays. Keep your eye out for the winners of this year’s community-decorated Christmas trees that can be viewed throughout the plaza. The trees are sponsored by all sorts of groups, from Girl Scout troops to high school art classes.

2. The lights are pretty. While you can visit the holiday displays all day long, the best time to go is right at dusk. Have some hot cocoa with your afternoon snack and take a stroll trough the plaza when the lights start to twinkle on all of the trees.

3. And there are rides. Yes, be prepared for a little whining from your kids when they lay their eyes on all of the carnival rides. There are things that spin, things that go, and things that may clean out your wallet. The rides are located usually located on side streets by the Tech Museum and the Fairmont Hotel.

4. The festive decorations can also be found indoors. Stroll on over to the Fairmont Hotel right across the street from the plaza to check out the gingerbread house that’s big enough to walk through.

5. It’s all (relatively) free. There is no admission charge for Christmas in the Park. There are, of course, plenty of things around the plaza to spend your money on: the rides, the plastic reindeer toys, and the delicious churros.

Just the facts: Christmas in the park is in downtown San Jose at Plaza de Cesar Chavez Park. It runs November 27 through December 27. Check out the website for more information.

Posted in Events for the Cool Kids, NorCal

Tagged California, Christmas in the Park, holiday events in the bay area, San Jose, things to do

All the cool kids know how important it is to keep our beaches clean. They also know about what happens to all those little bits of plastic if they float out to sea: they become the Great Pacific Garbage Patch. One of the best ways to stop this floating garbage patch from growing is to keep our coast and waterways clean.

This Saturday, September 19 is the California Coastal Cleanup Day. Find a drop-in location near you and make it a beach day this Saturday. We got some cleaning up to do.

Posted on March 29, 2009 | 2 Comments
What are the cool kids doing this April? It’s all about fluttery insects. Check out these butterfly exhibits opening in California this month.

Posted in Events for the Cool Kids, Family Travel

Tagged spring butterfly exhibits in CA, where to see butterflies

What are the cool kids doing this week? Hopefully they’re getting out with their wild selves, to learn about nature.

Of course, you don’t have to wait for a special event to get outdoors. Just go.

What are the cool kids doing this month? It’s all about the ox.

The lunar new year is underway, and here in the United States there are many events families can attend to celebrate. Check your local museums, zoos, and libraries for some worthwhile choices.

Here’s a round-up of some cool kids’ events in California:

Posted in Events for the Cool Kids

What are the cool kids doing this week? Here’s a round-up of some worthy California events for the family. 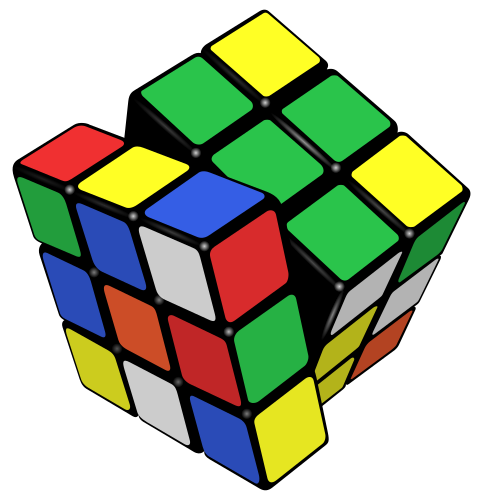 Posted in Events for the Cool Kids